Susie Reis is a lifelong St Louisian and a lifelong Episcopalian. She grew up at St. Michael and St. George in Clayton, where her parents were very active. She attended Mary Institute and Wheaton College in Norton, MA. Susie is running for a second term on the vestry. Susie is married to Joe Reis and is the mother of two grown sons and three beautiful granddaughters. She has lived in Glendale for 40 years and has worked as a teacher for most of her adult life, except for a couple of forays into retail, owning Simply Shaker in Kirkwood for nine years, and Gelato di Riso in three locations for six years. Susie serves on the Altar Guild, is the kitchen pantry supply person, and is an editor and proofreader for the parish office.

Mike Casey has been a member of Grace since 2010, and this is his second term on the vestry. He grew up in the Catholic Church attending St. Stephens Parish in South St. Louis. During his time at Grace, Mike is also an usher, and he is always available to help when asked. Mike is married to Dianne Casey, and they have five children. Mike works in a research lab at Washington University and as a Staff Scientist in the Department of Ophthalmology and Visual Sciences. Mike is also active in Scouting and enjoys running.

James Wethington is a lifelong resident of St. Louis. He and his family have been members of the church since 2017. James is married to his lovely wife Jennifer, and they have three children: Jacob age 15, Felicity age 9, and Salome age 6. James has been a police officer in the St. Louis area since 1998. He is currently employed by the City of Maryland Heights, where he is a Sergeant in charge of technology. Prior to law enforcement, James served in the U.S. Army as a Combat Engineer. He holds a Master’s Degree in Public Safety Administration and Leadership from Arizona State University. Finally, James has executive board experience serving as Vice President for Lodge 15 of the Fraternal Order of Police, State Trustee for the Missouri Chapter of the Fraternal Order of Police, and President of the Maryland Heights Police Officers Association. 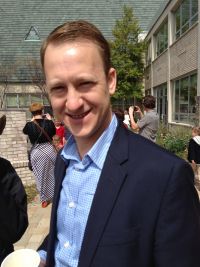 Live videos appear here during broadcast.
After the broadcast has completed, visit our live video archive page on Facebook (no login required) to view past live videos.

This video is scheduled to premiere on
Sunday at 9:58 AM CDT
Refresh your browser at the premiere time to view

Live videos may take 30 seconds to 1 minute to begin streaming;
if not immediately available, refresh again after 1 minute.

Learn More about our Stewardship Campaign

Pledge Online will be available soon.

Grace Church established Perpetual Grace to recognize members and friends of our parish who have made a planned gift commitment to Grace Church in their will or estate plan.

You can become a Perpetual Grace member by informing us that you have included The Grace Legacy Fund in your estate plan. Just fill out the Perpetual Grace Declaration of Intent Form and return it to the church office to clarify your intentions.

Our Journey Continues… is a capital campaign designed to provide a permanence to the care of our buildings and grounds. The majority of the money raised by this campaign will add to our Legacy Fund for the care of our facilities in perpetuity.

Our goal is to raise $1 million.